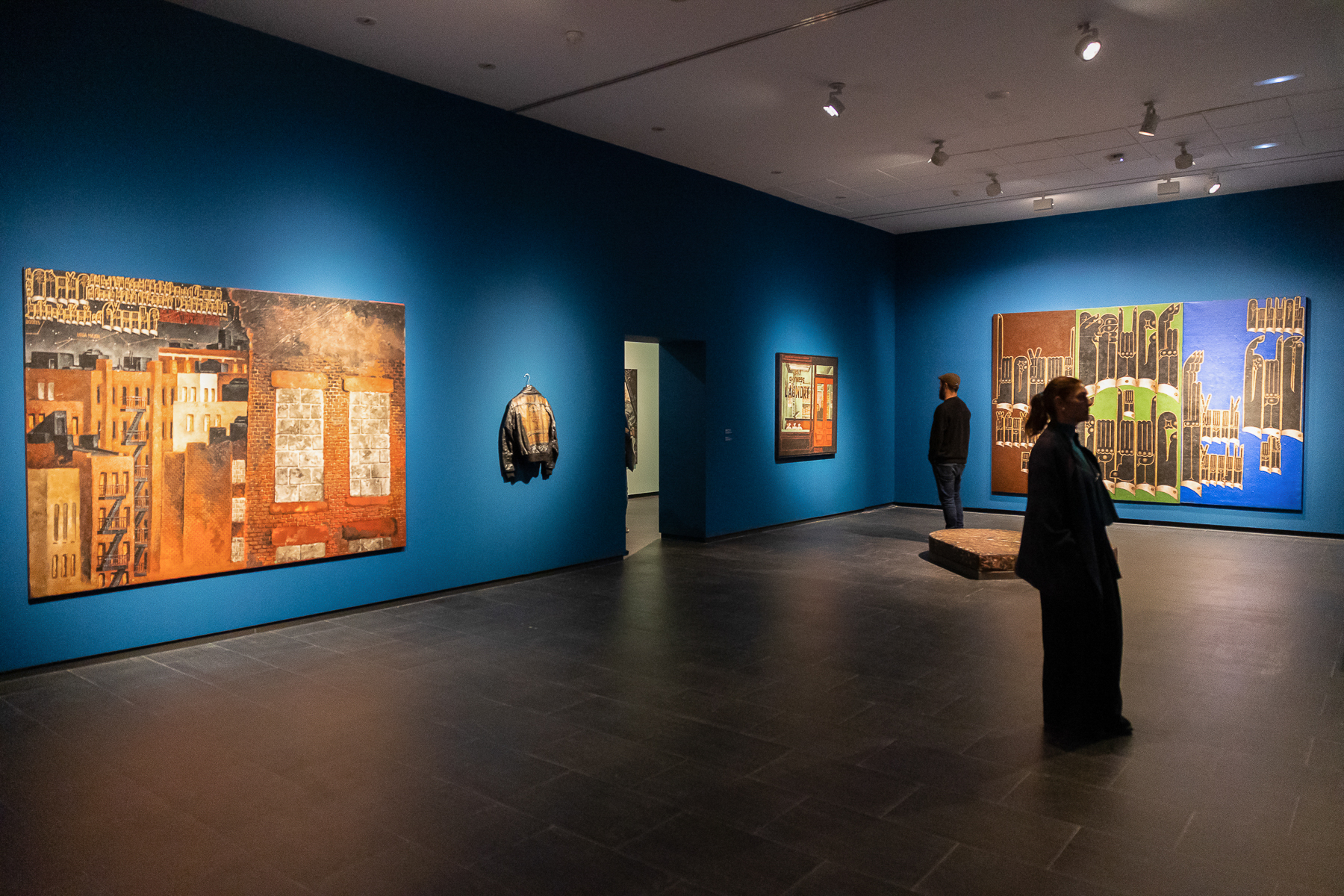 Martin Wong: Malicious Mischief is the result of exhaustive research into the life’s work of Wong from his early creations on the US East Coast to his work in the late-1990s before he died due to an AIDS/HIV-related illness. The exhibition aspires to expand Wong’s practice and recognition among a European audience and to situate Wong within a group of artists, who determined by their personal biographies are known for their political commitment and ability to reflect their chosen life contexts in their art. In consequence, the exhibition explores sociological and political aspects of Wong’s work as well as the way these underscore the transfer of language to the medium of painting.

Martin Wong is a key example of counterculture in the US, straddling the geographic boundaries of the East and West Coast, as well as the boundaries of the cities in which he lived and worked—whether it being e.g. in San Francisco near Chinatown in the 1960s and 1970s or Loisaida in New York in the 1980s and 1990s. These cultural and formative spaces provided him with the opportunity to grow artistically. As part of his highly poetic approach, Wong created compositions of different layers in his paintings—not only layering color, aesthetics, and history but also learnings gathered from personal experiences and interests. His works openly adopt an irreverent stance to various different social, sexual, historical, and political themes that were rarely given any recognition within the art establishment and its discourses at the time.

Brought up on the West Coast by a Chinese mother and a Chinese-Mexican stepfather, Wong was a transcultural artist connected to his ancestry. Wong endeavored to capture aspects of the greatest social vulnerability, which were mediated through his experiences and relationships in the diverse communities in which he lived: from the communes of San Francisco in the 1960s, to the Nuyoricans in Loisaida (the Latina community on New York’s Lower East Side), and the community of Asian immigrants in the Chinese neighborhoods in the US. Alongside these, Wong’s works also evince pressing concerns like drugs, homosexual desire, the hegemony of a colonial past, urban subculture and their ghettos, racism, law enforcement, among others. Working with great precision and interest in language, Wong can be viewed a micro-historian of sorts, engaging his audience on aspects neglected in the conservative American political and cultural discourse during his lifetime and which today’s art discourse in many aspects still fail to fully address.

After its iteration at Museo CA2M, the exhibition will travel to KW Institute for Contemporary Art in Berlin, from 25 February to 14 May 2023; Camden Art Centre in London from 7 July to 17 September 2023; Stedelijk Museum in Amsterdam from November 2023 to February 2024.

Historian, professor and researcher with extensive curatorial work with more than 150 exhibitions at museums, art centers and biennials in Latin America and Europe. He is involved in projects that question issues related language and to rethink decoloniality, both in the field of museums and in that of dissident sexual practices based on feminist and queer theory.

Currently he is co-curating the exhibition: Action / Gesture / Paint: a global story of the women of abstraction 1940-1970 at Whitechapel Gallery, London; Van Gogh Museum; Arles and Kunsthalle Bielefeld (2023- 2024,) and producing the most comprehensive publication about the queer Chilean artist Francisco Copello.

On November 2022, for the 60th anniversary of CIMAM, he is Head of Contents for CIMAM Congress at Palma de Mallorca.

Produced in collaboration with Camden Art Centre and Stedelijk Museum.

This exhibition is made possible through support from the Terra Foundation for American Art.

With the generous support of The Martin Wong Foundation, P.P.O.W, New York, KAWS, and Galerie Buchholz.