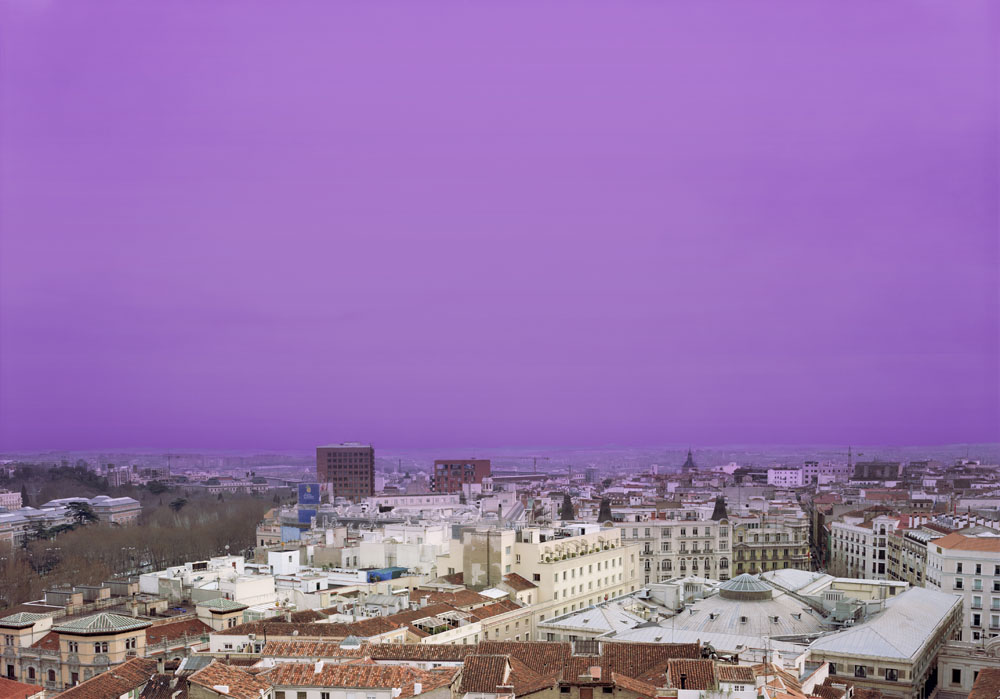 There is a signature feature to Hannah Collins’s photos of urban horizons: the sky is always tinted with a strange colour. Like the images over the credits of an imaginary film, this photo captures the feeling that a particular place—whether through premeditated cultural references or a subjective impression—produced in the artist at a certain point in time. The large formats underscore a potential accord between the subjectivity of the landscape itself and the beholder’s references: the possibility, handed over to others, that the action of photographing allows one to place oneself inside the actual image.

Hannah Collins (London, UK, 1956) is a filmmaker and photographer. She studied at the Slade School of Fine Art at the University of London, and then furthered her studies thanks to a Fulbright Hays scholarship in the USA. In the late-eighties she started to present photographic-based works she installed in exhibition halls, combining sculpture, architecture and image, while at once semantically relating them with marginal urban spaces. This relationship between the built environment and the social field and the inscription of photography within the exhibition space would be critical in the development of her practice, increasingly more grounded in sociological research projects.

In 1991 she won the European Photography Award in Berlin and in 1993 she was shortlisted for the Turner Prize, the UK’s most prestigious art award. Between 2001-2004 she taught photography at the University of California and she is a guest lecturer at the Royal College of Art in London. Her works are in major collections like Tate Modern (London), Victoria and Albert Museum (London), Centre Pompidou (Paris), Walker Art Museum (Minneapolis) and the Luxembourg Museum. 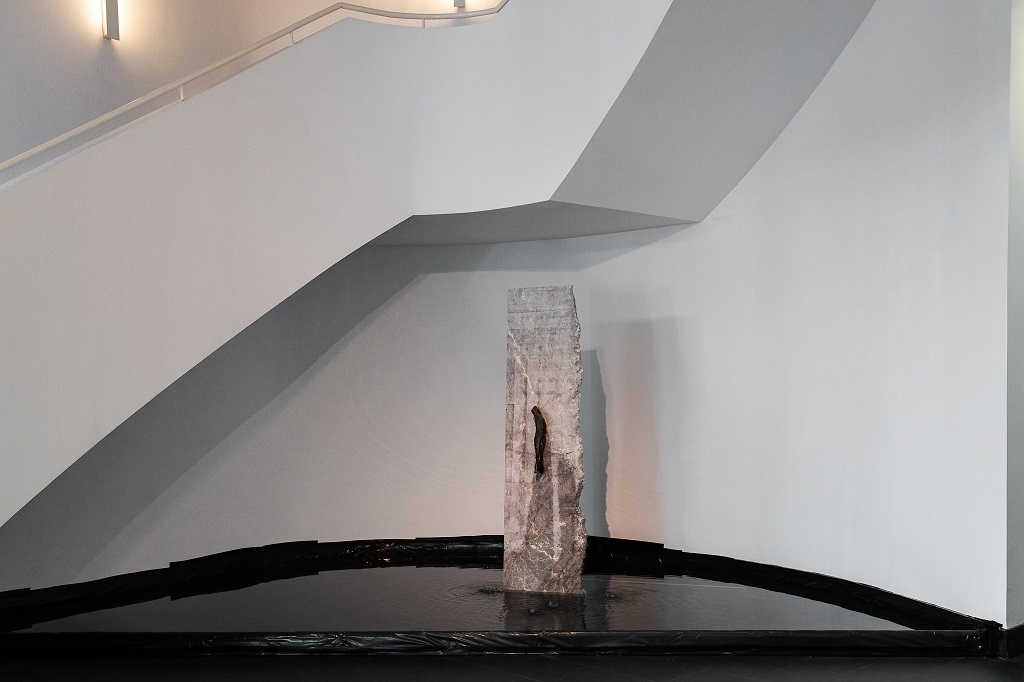 This fountain is made through a twofold transformation of materials sourced from nature. Firstly, marble—the material par excellence of classical sculpture—is a previously cut piece which was perhaps originally destined for industrial use. 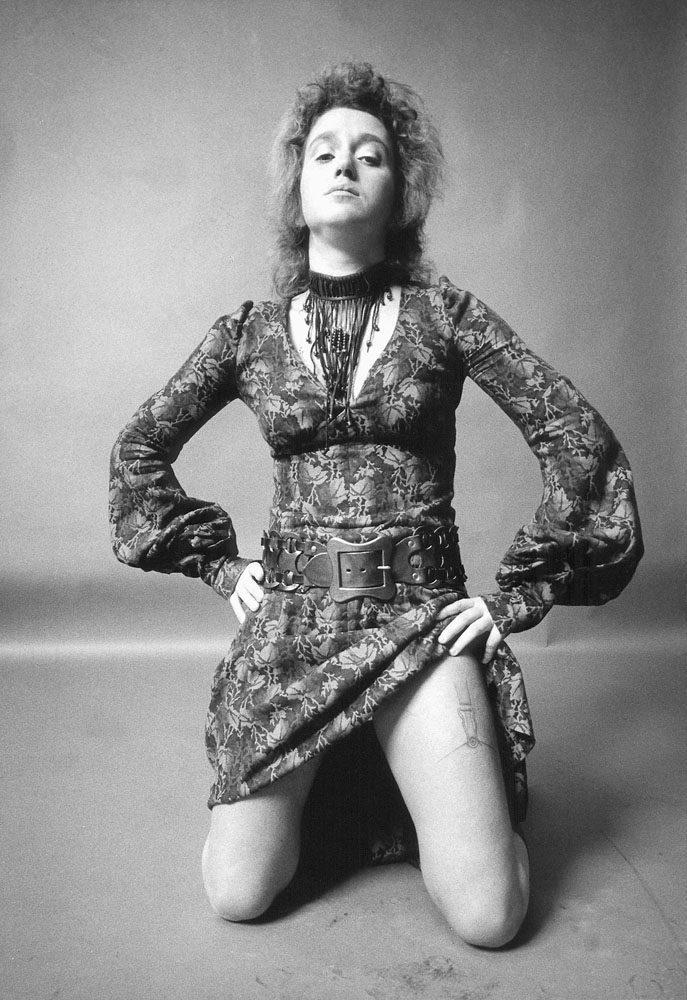 On 2 July 1970, on a public stage in Frankfurt the artist VALIE EXPORT tattooed herself with a garter, a radical transgression of gender stereotypes—given that at the time tattoos were seen as the exclusive purview of men, especially convicts and sailors—but also a case of taking the use of her own body to the extreme, as the artistic action that became a permanent part of her body that would last her whole life long.