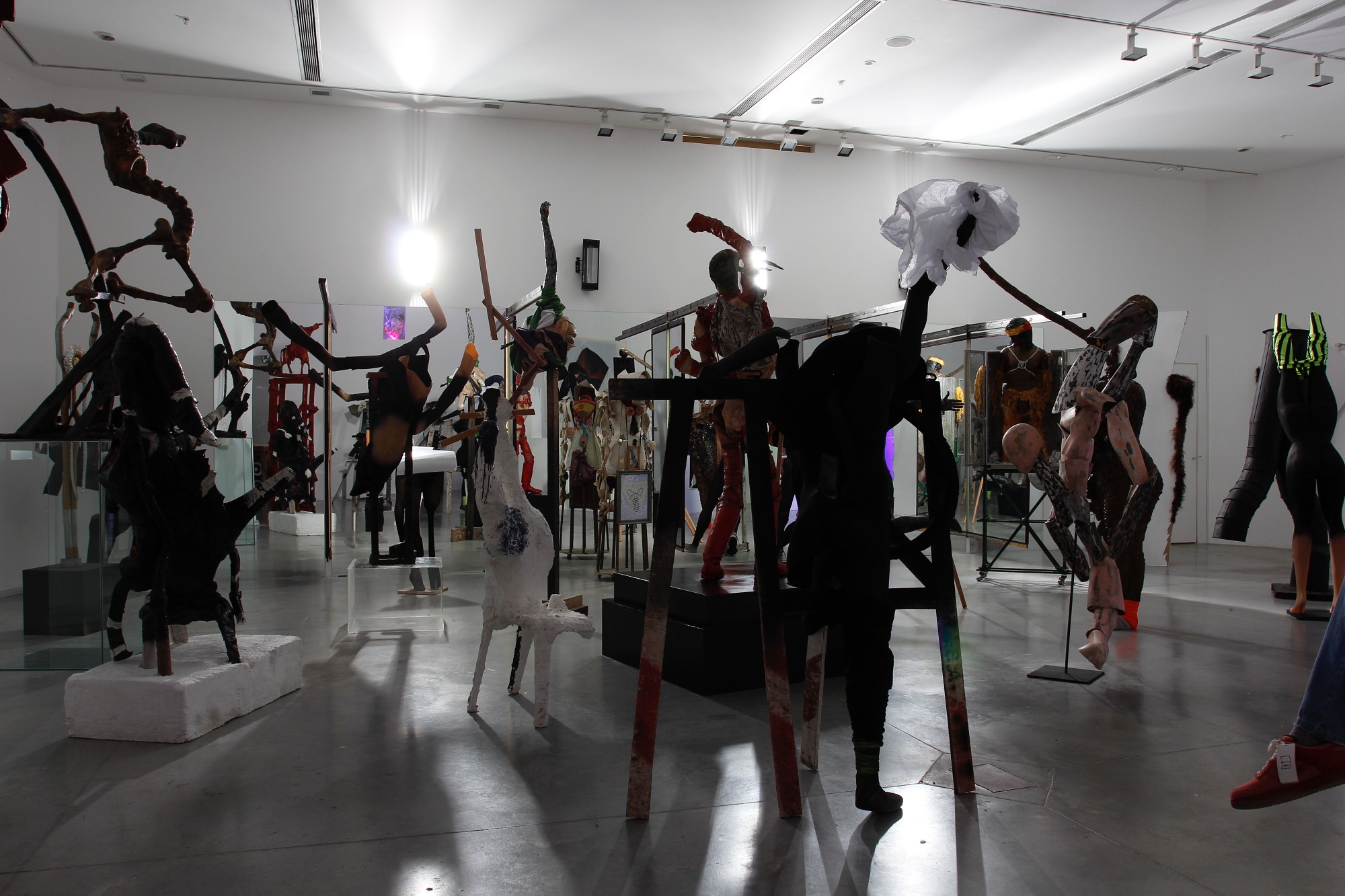 Y.A.: Do you have anything to add?

By supposing that logic makes chaos natural and order artificial, we are positing a physical and conceptual experiment of what an exhibition space is. Collection XVIII. Diego Bianchi is an exercise in disassembling. A white cube, a neutral space, windowless, consisting of white walls and a source of light shining from top to bottom, becomes the raw material for a plausible disassembling. Based on an absence of pre-defined moulds and behavioural guidelines, this project highlights a number of exhibition practices.

To do this, we suggest alternative ways of organising – the display, which is seen as a hybrid framework, is both an architectural-sculptural support as well as a work of art. A projected exhibition environment, which is not revisionist or retrospective, where prints, collages, objects, sculptures, paintings and photographs are not observed solely by being viewed. The framework of the project – whose content is simply a series of artworks – functions as a language of gestures from which Diego Bianchi has created a series of pieces. In some cases, these house works from the Collection. It is a loop of uses and shapes, whose only goal is to make the oneness between proper names and the symbiosis between artworks the structural core of Collection XVIII. Diego Bianchi.