THINKING AND LIVING THE MÓSTOLES WE WANT TO LIVE IN 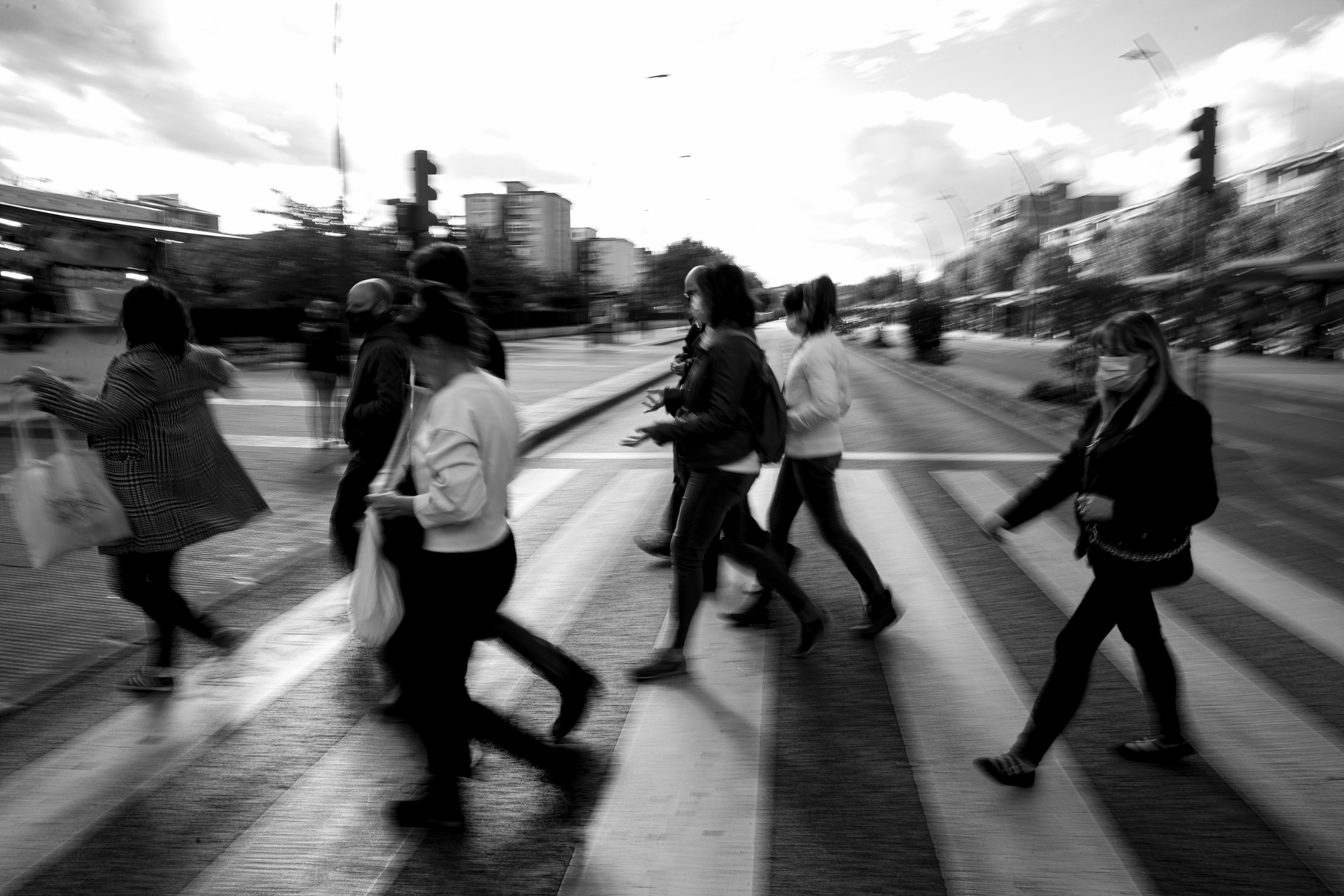 The lockdown restrictions that came on the back of the Covid pandemic helped us to rediscover just how true this redolent statement is. When the healthcare circumstances forced us to live life within our immediate surrounding environs, proximity held in store for us all kinds of surprises in things we had never paid much attention to before. We want to invite you to explore and discover together all these other Móstoles.

Its hidden history, the logic behind its city planning, its struggles and rebellions, its legends, its imaginaries, the way in which Móstoles is built day by day in the thousands of ways that people use it, enjoy it, experience it and suffer it. And when we are talking about Móstoles we could just as well be talking about Alcorcón, Fuenlabrada or Leganés, other cities to the south of Madrid, still looked down on as dormitory towns around Madrid where it is supposed you only go to sleep and nothing worth mentioning ever happens. But this was never true. And in 2021, it is even less true than ever.

Ciudad Sur (South City) is a shared experimental space in which, taking Móstoles as a point of departure, we wish to explore the many faces and the vast wealth produced by the sense of belonging in cities in the metropolitan area surrounding Madrid. City because we defend that status, with all the meaning of the word, for places which other people downgrade to a kind of holding ground for manual labour. South because we wish to compensate the weighing scales and weave a story that refuses to give Central Madrid the monopoly on innovation, meaning and interest.

In this space, reflection will be combined with art practices, but always under the premise that what is really important for discovering a city is not thinking about it but experiencing it. To this end, we will not just be holding discussions, but will also go on walkabouts, strolling, mapping, playing and inventing individual and collective forms of action. The idea behind Ciudad Sur is to compose an open group of 12 people who will meet once a month over the course of the year 2021. Each session will be collectively shaped and steered towards the subject matter of the following session. The sessions will be coordinated by Tamara Arroyo, Emilio Santiago and Estrella Serrano, who can be joined by anyone interested in taking part until fulfilling the required number. The concerns to be examined will be defined by the interests expressed by members of the group and by the successive collective discoveries we make about all those other Móstoles we will be looking for.

With a PhD in Anthropology, EMILIO SANTIAGO MUIÑO (Ferrol 1984) is a researcher, activist and resident in Móstoles, and a former director of the City Council of Móstoles’s Environment Department (2016-2019), a parliamentary adviser in ecological transition, a faculty member of PEI Obert at MACBA, lecturer in philosophy at the University of Zaragoza and a founding member of the Instituto de Transición Rompe el Círculo collective. Among other books, he has penned Rutas sin mapa (Premio de Ensayo Catarata 2015) and ¿Qué hacer en caso de incendio? Manifiesto por el Green New Deal, co-authored with Héctor Tejero (Capitan Swing, 2019). His interests include the updating of surrealist and situationist practices of playing poetically with the urban space and the context of eco-social crisis. In this line, he has written the book Sentir Madrid como si existiera un todo. Geografía poética y etnografía reencantada de una ciudad (La Torre Magnética, 2016). He is currently being incorporated into the Language, Literature and Anthropology Institute at CSIC.

With a BA in Fine Art from Universidad Complutense de Madrid, TAMARA ARROYO is currently a PhD candidate at the same university, combining her docent activity there with her art practice. Her work is focused on the inhabitability of spaces, grounded in a questioning of the “domestication” of the modern dweller, the consumption of certain formalizations and objects in the interiors of housing today, as well as an autobiographical reference around which a discourse on individual and collective memory is articulated. By means of different formalizations, inspired by architectural elements and objects rescued from her immediate environs, she addresses how we are influenced by our surroundings and its architecture, making a distinction between the lived, experiential or existential space that operates on an unconscious level, and the physical, geometric space. Within this focus, the city and the public space are the privileged setting of the everyday, with all its wealth, signs of identity and creative potential. In 2019 and 2020 she had solo shows, Pura Calle and Relaciones, at Galeria NF Nieves Fernández and at Galería Nordés, and her work has been seen in various group shows, like AragonPark, (intervention in an abandoned building on the outskirts of Madrid), Intruso en Salón and Querer parecer Noche at CA2M. She has had a residency at ArtistaxArtista in Havana, Cuba, as part of the Ranchito programme, Matadero Madrid and has also received the Universidad de Nebrija acquisition prize in 2019 and first prize at Ciutat de Fanalixt in 2017. In 2015 she was awarded the BilbaoArte production grant and in 2013 had a scholarship at Academia de España in Rome.

Ciudad Sur is included in HUMENERGE (PID2020-113272RA-I00,), the Energetic Humanities R&D project directed jointly by Jaime Vindel and Emilio Santiago at the Human and Social Sciences Centre at CSIC, which, among other lines of investigation, explores the emergence of new post-fossil cultural imaginaries. 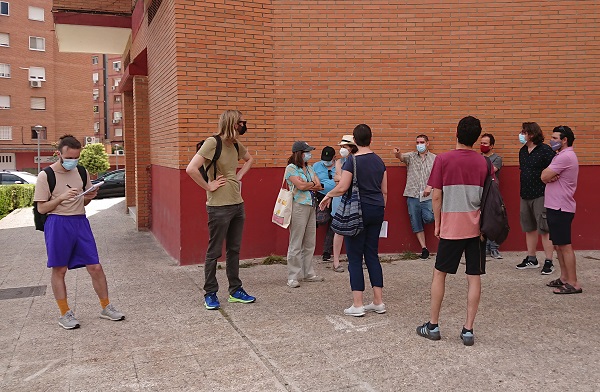 “The real voyage of discovery consists not in seeking new landscapes, but in having new eyes”, said Walter Benjamin (*PROUST). “The world is full of hidden treasures. In every corner of the globe and at every moment in time, even those that seem insignificant, barren”, affirms eco-socialist poet Jorge Riechmann. In this new session of Ciudad Sur we want to combine both principles in one collective game: to go out in search of the treasures of Móstoles, hidden in plain sight where we learn to observe our city, our day-to-day city, in a new light. To do this, we will use clues, as real as they are fictional, as imaginary as they are real, in the shape of time machines, black holes, flora, fauna or hopscotch squares.